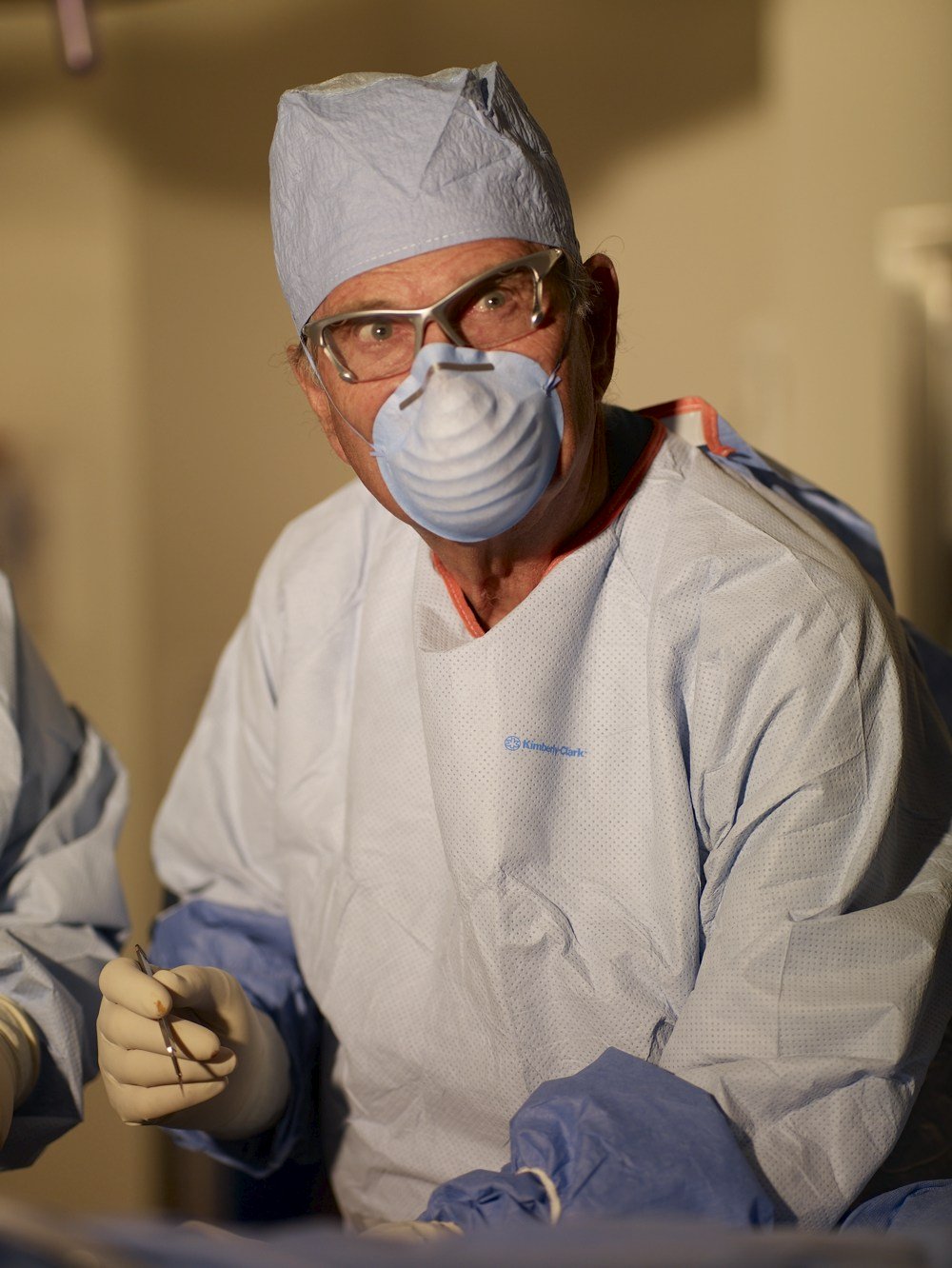 VAIL, Colo., January 22, 2023 – Dr. J. Richard Steadman, founder and chairman emeritus of The Steadman Clinic, as well as the founder and co-chair of Steadman Philippon Research Institute (SPRI)—a world leader in orthopaedic research and education—died peacefully in his sleep early Friday morning at his home in Vail. He was 85.

A renowned innovator and mentor in the field of orthopaedic sports medicine, Dr. Steadman was internationally known for the development of several advanced surgical procedures for the knee, including “microfracture” and the ‘“healing response,” which harnesses the body’s own healing potential. Dr. Steadman retired from active practice in 2014.

“Dr. Steadman was an incredible surgeon and leaves a remarkable legacy of innovation in the field of orthopaedics and sports medicine,” said Dr. Marc J. Philippon, managing partner of The Steadman Clinic and co-chair of SPRI. “He knew the value of outcomes research, and was a true pioneer not only in techniques, but also in the importance of science and the practice of evidence-based medicine. Steady was a champion for his patients, a kind and dedicated physician with a healing touch. He truly, deeply cared for every patient he met, and prioritized their outcomes.

“Those who knew Dr. Steadman knew what a remarkable surgeon and person he was. He was a great friend, and an important part of my family. He made a tremendous impact on our local Vail community, the skiing world, and the entire field of orthopaedics and sports medicine. It was a true honor to work alongside him at The Steadman Clinic and Steadman Philippon Research Institute, and he will be greatly missed, but his legendary work continues to live on.”

“When reflecting upon the impact that Dr. Richard Steadman made in his life, it was so significant,” said Dan Drawbaugh, CEO of The Steadman Clinic and SPRI. “His techniques and treatments, quite literally, changed the entire landscape of orthopaedics and sports medicine. A true innovator, Steady revolutionized his field and provided a level of patient care that was unmatched and has inspired thousands of physicians in their approaches to medicine. He helped thousands of athletes and patients continue to live active and meaningful lives. Dr. Steadman was not only a leader, but a wonderful friend. I feel blessed with enduring memories of our friendship.”

Dr. Steadman treated countless Olympians and professional athletes across various sports and was sought out by some of the world's best-known athletes and public figures for treatment. His ability to return high-level athletes with injuries to medal-winning victories following surgery and rehab made him an iconic figure in sports medicine. Dr. Steadman's success in helping elite athletes who had suffered potentially career-ending injuries return to major athletic achievements included professional soccer players, NFL athletes, MLB players, NBA athletes and skiers.

Pro football Hall of Fame member Bruce Smith, who helped lead the Buffalo Bills to a record four consecutive Super Bowls in the early 1990s and finished his career as the all-time NFL leader in sacks, was one of those athletes who saw his career saved by Dr. Steadman’s expertise.

For Smith, his interaction with Dr. Steadman went much further than a surgery on his damaged knee. He gained a friend for life.

“From the moment that I met him,” said Smith in an interview in the summer of 2019, “I knew that he was the right surgeon to operate on me. From his bedside manner to just the way that he spoke to you, you knew immediately that it just wasn’t a doctor-patient relationship. Steady was in it for you, not only to protect you, but also to make sure that your quality of life was first and foremost.”

Dr. Steadman’s initial surgery on Smith—and subsequent procedures—allowed him to return to the field and play for 10 more years. Without Dr. Steadman’s surgical skills, Smith’s career may not have lasted long enough to reach the Hall of Fame.

Dr. Steadman’s direct involvement in providing care for elite athletes got its start with his association with the United States Olympic ski teams in the 1970s. He served as the team physician for the U.S. Alpine Ski Team for nine consecutive Winter Olympics, beginning in Innsbruck, Austria in 1976.

“When you were in his presence, you knew you were going to be in great care,” said Mill in an interview in 2016. “Not only as a surgeon but as a great friend. A lot of times we were inspired to come back, not only because of our own hearts and our own passions, but because of him and his efforts in trying to help you get back. He inspired us so much that a lot of times we wanted to do it for him as much as we wanted to do it for ourselves.”

Cindy Nelson, a three-time Olympian and a 1976 bronze medal winner in the women’s downhill, was one of the first athletes to benefit from Dr. Steadman’s extraordinary work.

“Every time I think of Dr. Steadman, I smile, because not only is he a genius in his medical profession but he’s a gentle giant of a man,” said Nelson in an interview in 2001. “I was Dr. Steadman’s first elite athlete of any nature back in 1974. Really all the greatness at the end of my career, I owe to him because he was the one who kept me together.

In 1982, the complexity of the knee and its critical importance to athletic performance persuaded Dr. Steadman to focus nearly exclusively on disorders and injuries to that joint. Between 1989 and 1991, he worked to develop a treatment for a specific type of injury to the anterior cruciate ligament, which came to be known as the "healing response."

Dr. Steadman was a pioneer in physical therapy and post-operative rehabilitation. Though unconventional at the time, he believed it was better to move an injured joint post-surgery rather than stabilizing it with a traditional plaster cast. His bold idea changed the way orthopaedic surgeons and physical therapy professionals treat injuries around the world.

It is estimated that Dr. Steadman’s microfracture surgical procedure has been used to treat more than 500,000 patients per year worldwide. Moreover, the technique has been adapted to treat other joints such as the shoulder, hip and ankle. The use of the microfracture procedure has allowed countless athletes of all levels to stay competitive in their sports, and its benefits can delay or even eliminate the need for more invasive procedures such as joint replacement surgery.

John Richard Steadman was born in Sherman, Texas, on June 4, 1937. He graduated from Texas A&M University, where he played football for legendary coach Paul “Bear” Bryant his freshman and sophomore years. 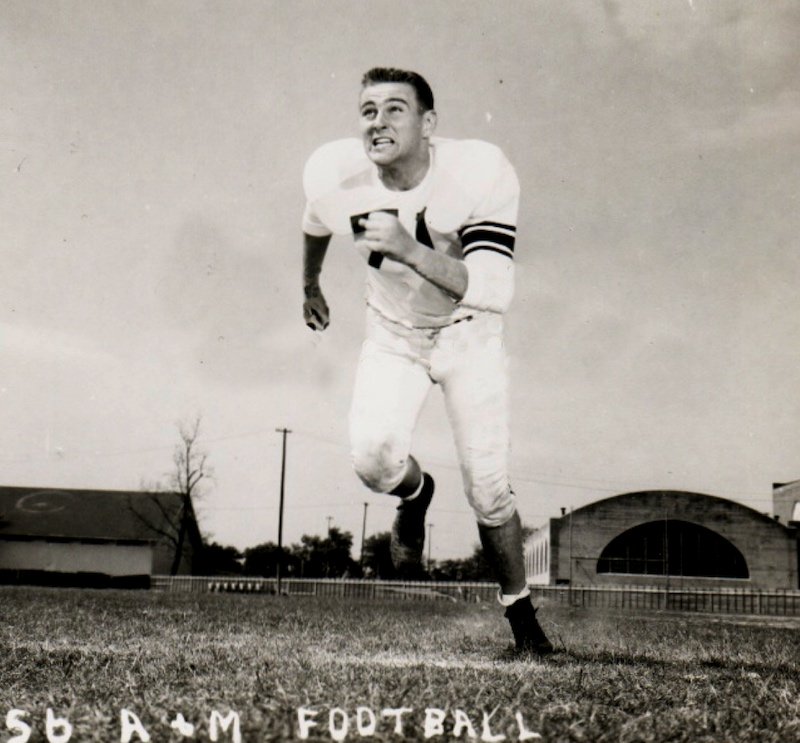 In 1963 he earned his medical degree from the University of Texas Southwestern Medical School in Dallas. Following his internship at Charity Hospital in New Orleans, Dr. Steadman and his family spent two years in Germany, where he served in the U.S. Army. He returned to Charity Hospital for his orthopaedics residency, which he completed in 1970. At that time, he and his family moved to South Lake Tahoe, Calif., where he joined Dr. Paul Fry's general orthopaedics practice.

Between 1971 and 1973, Dr. Steadman was asked by the U.S. Ski Team to join its doctors pool, which covered races in the U.S. and Canada. Subsequently he was asked to travel to South America and Europe to provide medical coverage for the team, and in 1976, he was named Chief Physician for the U.S. Ski Team. In the late 1970s, he donated his services at what became the first U.S. Olympic training center in Squaw Valley, Calif., now known as Palisades Tahoe, Calif.

Dr. Steadman created his non-profit Steadman Sports Medicine Research Foundation in 1988 in Lake Tahoe. That organization exists today as Steadman Philippon Research Institute (SPRI), which is known worldwide for its clinical research database and study of orthopaedic injuries. For more than three decades, SPRI has been collecting clinical data and tracking clinic patients and their treatment outcomes. It is perhaps the largest orthopaedic research database in the world that focuses on patient outcomes and the dissemination of data that promotes the practice of evidence-based medicine.

“Dr. Steadman was a gentle giant, a kindhearted soul who touched stars and everyday folks around the world, and he also made innovation his friend,” said 30-year SPRI board of directors member Mary Noyes. “His unconventional approaches led to leading-edge practices and protocols in orthopaedics and sports medicine rehabilitation. He was a pioneer with a bedside manner that made you feel safe and confident that all would be okay, regardless of the severity of the injury.”

In 1990, Dr. Steadman moved to Vail, Colo., to open The Steadman Clinic and broaden the scope of his orthopaedic research work. Longtime Vail resident and business leader George Gillett was one of Dr. Steadman’s closest colleagues and was instrumental in convincing him to move his practice from Lake Tahoe to a small village in Colorado’s Rocky Mountain region.

“We were blessed to have this extraordinary resort in Vail,” recalled Gillett about his first meeting with Dr. Steadman in 1987. “The medical side of this village and the hospital at the time were good and solid, but the orthopaedic side of it wasn't up to par for the kind of opportunity that Vail presented.

“I had suffered through a bad accident and Cindy Nelson introduced me and (wife) Rose to Dr. and Mrs. Steadman, and they couldn't have been more charming,” continued Gillett. “They were on their way to the 1987 World Championships in Austria. Dr. Steadman asked me to come see him at the San Francisco airport before his flight overseas. So, Rose and I flew out to San Francisco. He took one look at my knee, and he said, ‘We're going to take you to my clinic in Lake Tahoe.’ He delayed his trip by a day, and he operated on me. And it changed my life. Not just because of the successful surgery, but it gave us the opportunity to meet that extraordinary gentleman and his lovely wife. My knee got better and our relationship with the Steadmans continued to stay strong. We started working on it and it took me three years to convince them to consider moving to Vail.”

“We were prepared to assist him in fulfilling his research dreams,” continued Gillett. “We had an opportunity here to build a very, very serious world-class research facility. We started on it. He had a dream. We had a dream, and we shared that dream, and it worked out.”

The Steadman Clinic has thrived in Vail and has grown to become one of the world’s most respected and influential orthopaedic organizations. Combined with the research expertise of SPRI, the clinic will keep the Steadman name at the forefront of sports medicine and groundbreaking research for years to come.

Information regarding memorial services for Dr. Steadman is pending.