Dr. J. Richard Steadman is a retired sports medicine orthopaedic surgeon in Vail, Colorado, who specialized in knee injuries and disorders. He is the Founder and Chairman Emeritus of The Steadman Clinic, as well as the Founder and Co-Chairman of Steadman Philippon Research Institute, which is a world leader in orthopaedic research and education.

A renowned innovator and mentor in the field of orthopaedic sports medicine, Dr Steadman is internationally known for the development of several advanced surgical procedures for the knee, including the "healing response", and most recently (in 2011) the "package", a technique which can restore normal comfortable movement to the stiff and painful arthritic knee. In 2012 he received an award from the Arthroscopy Association of North America for an essay about this unique combination of remedies for a common problem.

Dr. Steadman has treated numerous professional athletes across various sports and is sought out by some of the world's best-known athletes and public figures for treatment. His ability to return high-level athletes with knee injuries to medal winning victories following surgery and rehab with him has made him an iconic figure in sports medicine. Traumatic knee injuries occur in multiple sports and Dr. Steadman's success in returning many elite athletes to major athletic achievements following potentially career ending injuries include 26 athletes from professional soccer, 45 from the NFL, 23 from the MLB, 8 in the NBA, and 26 snow skiers.

Dr. Steadman is well known for his creation of the Microfracture surgical procedure to treat chondral defects in the knee. It is estimated that today worldwide, Microfracture is used to treat more than 500,000 patients a year. Moreover, the technique has been adapted to treat other joints such as the shoulder, hip and ankle. The use of the Microfracture procedure has allowed countless athletes of all levels to stay competitive in their sports, and its benefits can delay, or even eliminate, the need for more radical and invasive procedures such as joint replacement surgery.

In addition to developing new orthopaedic surgical techniques, Dr. Steadman is also a leader in the area of physical therapy and post operative rehabilitation. He has developed rehabilitation protocols for patients with serious joint and chondral injuries that are used daily by orthopedic surgeons and physical therapy professionals around the world.

Dr. Steadman was born in Sherman, Texas, and graduated from Texas A & M University, where he played football for Bear Bryant his freshman and sophomore years.

In 1963 he received his medical degree from the University of Texas Southwestern Medical School in Dallas, Texas. Following his internship at Charity Hospital in New Orleans, Dr Steadman and his family spent two years in Germany, where he served in the U.S. Army. He returned to Charity Hospital for his orthopaedics residency, which he completed in 1970. At that time he and his family moved to South Lake Tahoe, CA, where he joined Dr. Paul Fry's general orthopaedics practice.

In the mid '70s, Dr. Steadman began to make a name for himself by revolutionizing the physical therapy in use at that time after surgery. Instead of following the usual practice of putting a hard cast on the injured arm or leg, Dr. Steadman instituted mobilization of the limb immediately after surgery, which both expedited and improved patients' recoveries.

Between 1971 and '73, Dr Steadman was asked by the US Ski Team to join their doctors' pool, which covered races in the US and Canada. Subsequently he was asked to travel in South America and Europe to provide medical coverage for the team, and in 1976, he was named Chief Physician for the US ski team. In the late '70s, he donated his services at what became the first ever US Olympic training center in Squaw Valley, California.

In 1982, the complexity of the knee and its critical importance to athletic performance, persuaded Dr. Steadman to focus exclusively on disorders and injuries to that joint. Between 1989 and 1991, he worked to develop a treatment for a specific type of injury to the anterior cruciate ligament, which came to be known as the "healing response". Dr. Steadman has invented several surgical instruments necessary for his new procedures, as well as a graft passer, and has collaborated on a topical anesthetic still under development, and a collagen meniscus knee implant (available in Europe).

Dr. Steadman created his non-profit Steadman Sports Medicine Research Foundation in 1988 at Lake Tahoe. That organization exists today as the Steadman Philippon Research Institute (SPRI), which is known worldwide for its clinical research data base and study of orthopaedic injuries associated with the knee, shoulder, ankle, hip, and spine. For over twenty years, this organization has been collecting clinical data and tracking Clinic patients and their treatment outcomes. It has perhaps the largest orthopaedic research database in the world that focuses on patient outcomes and the dissemination of data that promotes the practice of evidence based medicine.

In 1990, Dr. Steadman and his wife moved to Vail, Colorado, to open a Clinic there and broaden the scope of his orthopaedic research work. Dr. Richard Hawkins, a Canadian whose subspecialty was the shoulder, joined him in Vail, and together they formed the Steadman Hawkins Clinic, and the Steadman Hawkins Research Foundation. In 2004, Dr. Hawkins decided to move his practice to South Carolina.

In March of 2005, accomplished and well-known hip specialist Dr Marc Philippon joined the Clinic. Dr. Philippon has stated that several of his pioneering arthroscopy techniques owe a debt to similar ones developed by Dr. Steadman. In 2010, The Steadman Philippon Research Institute was founded, and is internationally recognized for its orthopaedics research and continuing education that promotes the practice of evidence-based medicine.

Dr. Steadman has been a consultant to the Denver Broncos Football Team and the Colorado Rockies Baseball Team, and has served as US Alpine Team Physician at the following Winter Olympics:

Some of his specialties include:

Throughout his career, Dr. Steadman has been elected to a wide variety of sports medicine associations. 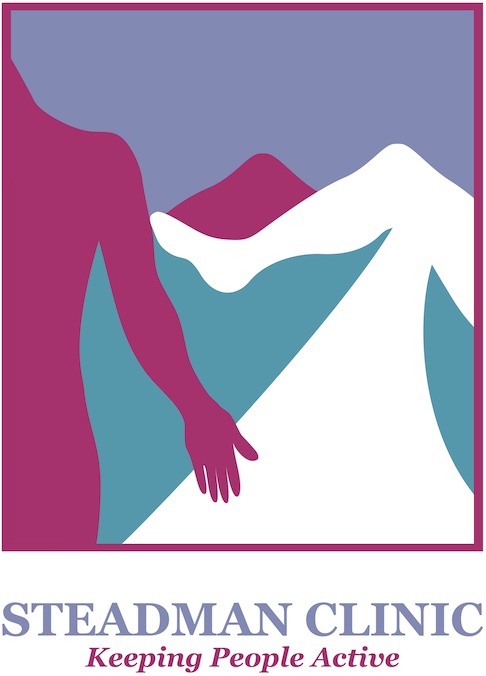