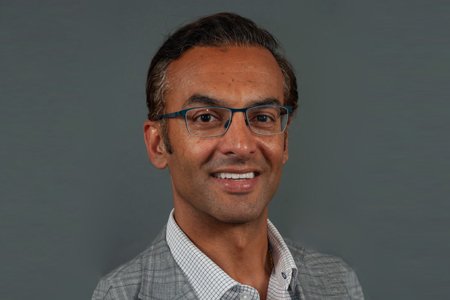 Former fellow at The Steadman Clinic and Steadman Philippon Research Institute who specializes in complex and minimially invasive spine surgery begins in Vail on Nov. 28

VAIL, Colo. Nov. 21, 2022 – Orthopaedic spine surgeon Sonny Gill, M.D., joins The Steadman Clinic surgical team on November 28, 2022. Dr. Gill comes to Vail after a successful decade-plus run with the Medical Group of the Carolinas in Greer/Greenville, S.C., including building a spine center of excellence that garnered the five-star award by Healthgrades eight years in a row and U.S. News and World Report recognition for excellence in spinal fusion surgery.

Dr. Gill specializes in complex and minimially invasive spine surgery of the neck and back, including athletic injuries of the spine through motion preserving techniques. His appointment at The Steadman Clinic marks a return to the Vail Valley for Dr. Gill, who served as a fellow at The Steadman Clinic and Steadman Philippon Research Insitute (SPRI) from 2004–05 and also worked with the Clinic from 2008–2010.

“I got really lucky,” said Dr. Gill. “I got to work under both Dr. (J. Richard) Steadman and Dr. (Marc) Philippon during my fellowship. Dr. Philippon had just gotten there so he always jokes that I was his first fellow in Vail. Learning under those two mentors and the other great surgeons at The Steadman Clinic was such a blessing.”

“We are so privileged to have Dr. Gill join our staff,” said Dr. Philippon, managing partner of The Steadman Clinic and chair of Steadman Philippon Research Institute (SPRI). “He is one of the elite spine surgeons in our country and will make an immediate impact on our surgical team here at The Steadman Clinic.”

Dr. Gill is a graduate of the Boston University School of Medicine seven-year accelerated combined baccalaureate/medical program. He completed his residency in orthopaedic surgery at the University of Virginia Medical School. Prior to completing his sports medicine fellowship at The Steadman Clinic and SPRI in 2005, Dr. Gill served as a spine surgery fellow and clinical instructor at Emory University in Atlanta from 2003–04.

Like so many of his new colleagues at The Steadman Clinic, Dr. Gill has extensive experience working with sports teams. During his fellowship at The Steadman Clinic and SPRI, he assisted in care of both the NFL’s Denver Broncos and MLB’s Colorado Rockies. He served as head team physician for the United States Adaptive Ski Team from 2008–10 and currently provides medical coverage for the U.S. Olympic Ski Team. He has also provided care for the Ford Ironman Triathlon World Championships in Kona, Hawaii, the United States Pro Cycling championships, the Greenville Drive minor league baseball team, and the Greenville Triumph pro soccer team in South Carolina.

In addition to joining the team of world-class surgeons at The Steadman Clinic, Dr. Gill also is looking forward to working side-by-side in the laboratories at SPRI with Dr. Johnny Huard and the highly regarded team of scientists and researchers at SPRI.

“Research is one of my passions,” noted Dr. Gill. “We have done significant disc regeneration and stem cell research at Clemson University, where I have worked in the Department of Bioengineering. Our group won the North American Spine Society grant for our research a couple years ago. This has really been a life goal for me to understand the science behind disc degeneration and to combat the degenerative cascade within the disc. To work along with Dr. Huard and the others doing research in regenerative medicine gives me the opportunity to be part of the future of medicine especially because Dr. Huard and his team are leaders in the cellular senescence anti-aging aspect of medicine and utilizing tissue engineering for novel technologies.”

Dr. Gill begins his new role in Vail during the week following Thanksgiving and he is grateful to be part of the Steadman team.

“I think, unequivocally, they seek out to be the best,” said Dr. Gill. “They are always striving to be better both clinically and surgically. They research at the pinnacle of their fields. My goal is always to be at that level where my caliber matches their caliber. ”

During his fellowship at the The Steadman Clinic and SPRI, the impression left upon Dr. Gill by Dr. Steadman was both life-changing and long-lasting.

“I think all of us who have had the opportunity to learn from Dr. Steadman will agree with this. Dr. Steadman didn’t just teach us how to be surgeons. More importantly, he taught us how to take care of people with compassion and empathy. Patients would come into the Clinic with a lot of fear, significant worry, palpable anxiety and a lot of misconceptions about the specter of surgery as their treatment. ‘Steady’ taught us all how to help them through that stressful process. He just had a way of letting patients know that he knew their worry. He knew their concern. He knew what they wanted to do to get back to their normal life, whether it was as a grandfather chasing after his grandkids or that elite soccer player whose career was dependent on his sporting prowess. It was just awesome to be a part of that program and now to still be part of The Steadman Clinic and the Steadman philosophy.

“It's just been a really endearing process to be part of that family for so long,” continued Dr. Gill. “I have a lot of patients here (in South Carolina) who are sending me off with some really heartfelt words and I am so grateful for all of them. For the last 11 or 12 years, this place has formed me, but Vail has my heart, and The Steadman Clinic is my soul.”