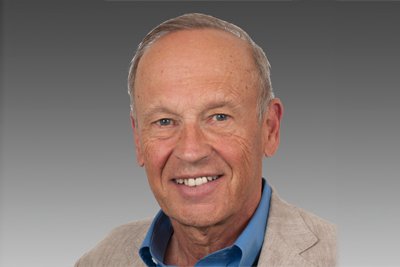 More than 12,000 surgeons from around the world gathered recently for the annual American Academy of Orthopaedic Surgeons (AAOS) conference in Las Vegas. As part of the conference, more than 700 exhibitors displayed some of the newest technology available for orthopaedic surgery.

One of those exhibits was the Matta Method, a trademarked anterior approach to total hip replacement. Over the past two decades, Dr. Joel Matta, one of the most recognized and impactful names in hip surgery and a surgeon at The Steadman Clinic, has been perfecting the Matta Method and teaching it to thousands of surgeons worldwide since the mid-’90s.

“I started working on the anterior approach hip replacement about 23 years ago after I learned about it in France,” said Dr. Matta. “The main reason I started it was to prevent dislocation of the hip, to ensure correct leg length and secure the position of the hip socket, three of the most common problems with hip replacement surgery.”

The Matta Method uses the anterior approach, meaning the surgeon begins the procedure from the front of the hip. For 15 years Dr. Matta has been working with DePuy Synthes to create the tools and technology that make the Matta Method so successful.

“I originally used an operating table made in France,” said Dr. Matta. “The French table went out of production because there weren’t enough physicians doing the anterior approach. So, I worked with a company in California to create a similar table, known as the HANA table, that helps manipulate and hold the leg to allow easier access to the hip.

Dr. Matta continues to improve the Matta Method. He regularly adds new technology with the ultimate goal of better patient outcomes. First, he developed the HANA table, and then he added an image intensifier to confirm leg length.

“Fifteen years ago, people said the anterior approach was experimental and it kind of was. Since then we have many supporting studies that prove this is a good method. The data shows the Matta Method leads to decreased hospital stays, quicker rehabilitation and less pain.”

The Matta Method exhibit at AAOS showed off the new technology that makes the method successful.

“Part of the technology is computer software called Joint Point. The digital information allows for real time feedback. We can measure millimeter by millimeter for the leg length and degree by degree on the angle of the cup. We also have Actis, the femoral hip replacement prosthesis, Kincise adaptors and surgical instruments for use with anterior approach.”

Dr. Matta explained working with The Steadman Clinic is critical to his work and research.

“That’s one reason I came to Steadman,” said Dr. Matta. “I was at a hospital in California and decisions came from the corporate office. If we needed a surgical table, the process could take years.  I asked for another table at our outpatient surgery center and we got one in a month because The Steadman Clinic understands the need to keep up with new technology, and providing patients the best possible outcomes. But, there’s still more to be done.

“I was giving a talk about the Matta Method and I got a question.  ‘Do you think this is the final answer and the best way to do hip surgery?’ I thought for a moment and I said, ‘I certainly hope not. I don’t want innovation in hip surgery to stop on this stage with me’.”