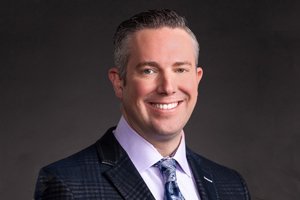 VAIL, Colo. – Robotic and endoscopic spine surgeon Dr. Michael Gallizzi joined The Steadman Clinic surgical team in March and has quickly made his presence known on the Clinic’s elite team of surgeons.

In April, Dr. Gallizzi joined a short list of spinal surgeons worldwide who have eclipsed the century mark in applying the fast-growing technique of robotic surgery.

With most spinal surgeons generally specializing in one procedure or the other, Dr. Gallizzi has joined a small and elite group of specialists who have performed 100 or more of both the robotic and endcoscopic cases.

The difference in the robotic and endscopic procedures helps to explain why many surgeons focus on one over the other.

“They are actually diametrically opposite procedures,” explained Dr. Gallizzi. “The robotic surgery is really instrumental in doing minimally invasive spinal fusions. We are able to place hardware with 99-plus percent accuracy and avoid neural structures, as well as adjacent level joints so we don't disturb any of the other parts of the anatomy.

“The endoscopic procedure is typically reserved for decompressions and disc surgery. I also often do a procedure for low back pain. That is called a medial branch transection that eliminates a nerve that causes back pain from back arthritis.”

While the procedures are quite different, Dr. Gallizzi feels equally adept in performing both and explains some of the reasons why one is more prevalent than the other.

“Endoscopic adoption has been slower than robotic spine surgery adoption in our country,” he said. “In Europe and other parts of the world, the endoscopic surgery is actually more common. There are far more endoscopy cases done in Europe and Asia than in the United States.”

There are reasons for these discrepancies between the United States and the rest of the world and much of that, according to Dr. Gallizzi, is due to the way American surgeons are trained.

“Some of the training in our own medical system is the cause of that difference,” offered Dr. Gallizzi. “We seldom train the endoscopic procedure during residency or fellowship. So if you want to go and understand how to do it, learn it and become proficient at it, you generally have to take a lot of extra time away and actually go train on your own and learn how to do it. And many surgeons just don’t have the extra time to devote to that.”

While many spinal surgeons specialize in one procedure or the other, Dr. Gallizzi is now beginning to not only perform both, but he is also embarking on the process of combining the two procedures.

“I’m starting to combine the two techniques, meaning that I am using the robot to assist with targeting the small incision and then actually using the scope through the robot,” Dr. Gallizzi said. “It’s really utilizing the best of both worlds of the two techniques and certainly enhances my ability to accurately perform the procedures.”

What is the next step for Dr. Gallizzi as he moves forward with his groundbreaking achievements at The Steadman Clinic?

“I definitely think that being able to perform these larger surgeries through smaller incisions that are more precise is going to lead to some changes,” answered Dr. Gallizzi. “I think we will see the surgeries that were previously performed only in the hospital begin migrating to an outpatient surgery center.

“And, you know, more precise surgery means less tissue to heal and the chance to decrease the narcotic use in recovery at a hospital,” said Dr. Gallizzi. “The bigger the incision, the more soft tissue damage occurs and the longer the necessary recovery time for the patient.”

Changes like these could lead to reduced hospitalization costs and getting the patients back on their feet and in their active lifestyles sooner and with much less pain.

That result mirrors exactly the approach that has been in place at The Steadman Clinic since Dr. J. Richard Steadman founded it more than 30 years ago. His philosophy was to use innovation to help people return to activity quicker and to stay active longer.

“You can never outgrow Dr. Steadman’s philosophy,” said Dr. Gallizzi. “And with today’s technology, we can continue to apply that philosophy of innovation.”