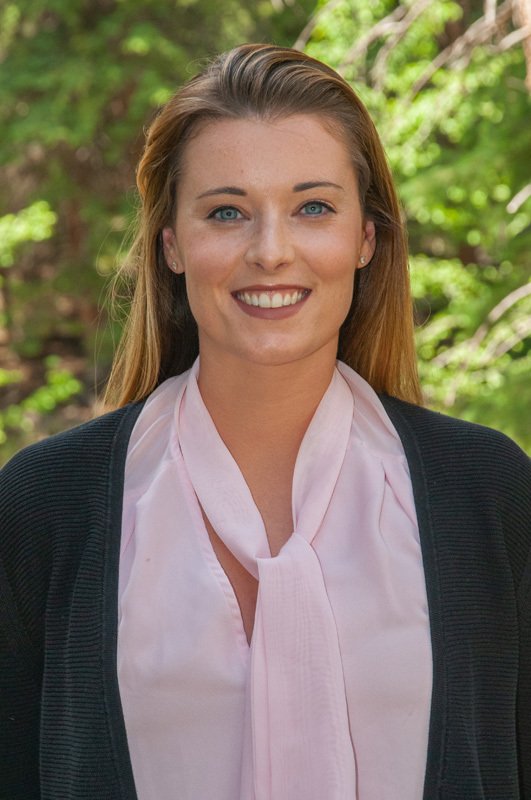 Originally from Baltimore, MD, Elizabeth ventured to Virginia where she received her Bachelor of Science in Athletic Training from The University of Lynchburg and was also a four-year member of the Lynchburg softball team. Immediately following her undergraduate program, Elizabeth worked for two years as an athletic trainer at Towson Sports Medicine where she was the Director of Continuing Education. During her time at TSM, Elizabeth also served as the head athletic trainer at Maryvale Preparatory School, and worked with the Baltimore Redbirds, a summer collegiate baseball team. Elizabeth accepted a Graduate Assistantship at Goucher College, where she completed her Master's Degree in Education and Athletic Leadership. During her time at Goucher, Elizabeth worked with twenty NCAA Division III sports teams and Equestrian. She completed her graduate research on the relationship between vegetarian diets and athletic injury rates in intercollegiate athletes. After spending most of her life in Maryland, Elizabeth is excited to be out west and experience the Vail Valley! 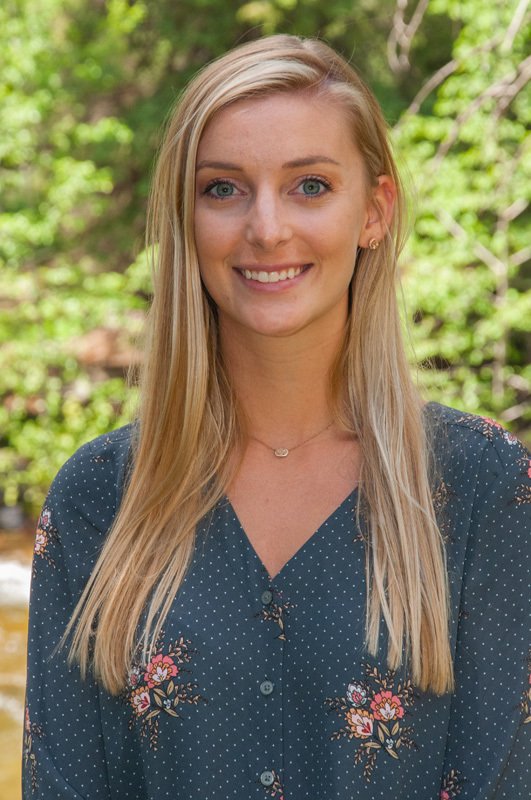 Emma is originally from the small town of Reelsville, Indiana. She received her Bachelor of Science in Athletic Training from Indiana University in 2017. While at Indiana, she had the opportunity to work with various teams including field hockey, softball, rowing, Bloomington North High School, and the IU ballet department. Emma continued her education at the University of North Carolina at Chapel Hill where she received a Master of Arts in Exercise and Sport Science with an emphasis in Athletic Training in 2019. During this time, she worked as a graduate assistant athletic trainer for the varsity gymnastics team as well as the sport club program, which consisted of 52 unique sports. At Carolina, she also taught lifetime fitness classes and completed a Master's research thesis. Her thesis examined the association between lower extremity loading variables and femoral cartilage deformation in healthy individuals. In her free time she enjoys being outdoors and spending time hiking, kayaking, and cycling. Emma is excited to experience life in Vail and hopes to learn how to ski during her time here! 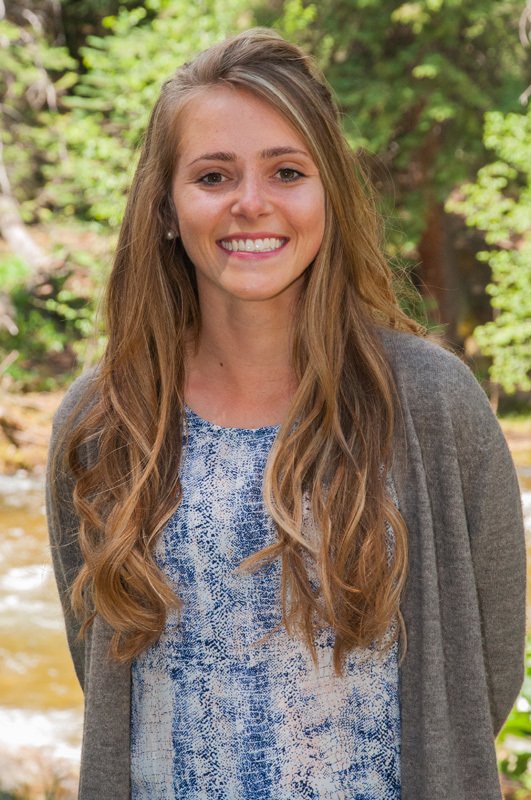 Erin was born and raised in Syracuse, New York. She attended the University of Montana, where she completed her Bachelors of Science in Health and Human Performance and her Master's in Athletic Training in 2018. While completing her Master's degree she spent most of her time working with the University of Montana football team, Go Griz! During graduate school Erin also served as the North Western Athletic Training Association's Student Senate President and completed her graduate research working on a project with the United States Forest Service, analyzing injury data reporting practices in Wildland Fireﬁghting. Erin spent this last year contracted at a local high school in Pocatello, Idaho where she has been able to serve her student athletes and the community around her. During her free time, Erin can be found skiing or snowboarding, doing yoga, hiking with her dog Dakota, or running. She is looking forward to the year ahead learning from esteemed medical professionals and enjoying mountain life! 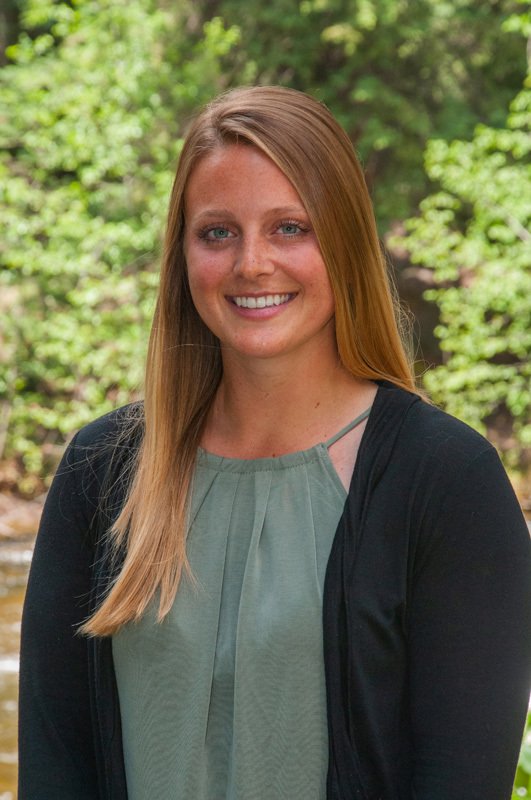 Haley is originally from Los Banos, California. She obtained her Bachelor of Science degree in 2017 at San Diego State University, graduating with Summa Cum Laude honors. During her time there, she worked with the football and softball teams at San Diego State University and the men's basketball and baseball teams at University of California, San Diego. Haley then continued on to the University of Iowa where she obtained her Master of Science degree in Health and Human Physiology with an emphasis in Athletic Training. While at Iowa, Haley served as the graduate assistant athletic trainer for the softball team and helped teach BOC prep classes to undergraduate seniors. Additionally, Haley has spent the last 8 summers working at an all-girls wilderness tripping camp in Northern Minnesota where she leads backcountry canoe trips and serves as the in-camp and backcountry medic. Haley is an outdoor enthusiast and enjoys canoeing, backpacking, skiing, and camping. She is excited to explore and enjoy all of the outdoor activities that Colorado has to offer year round! 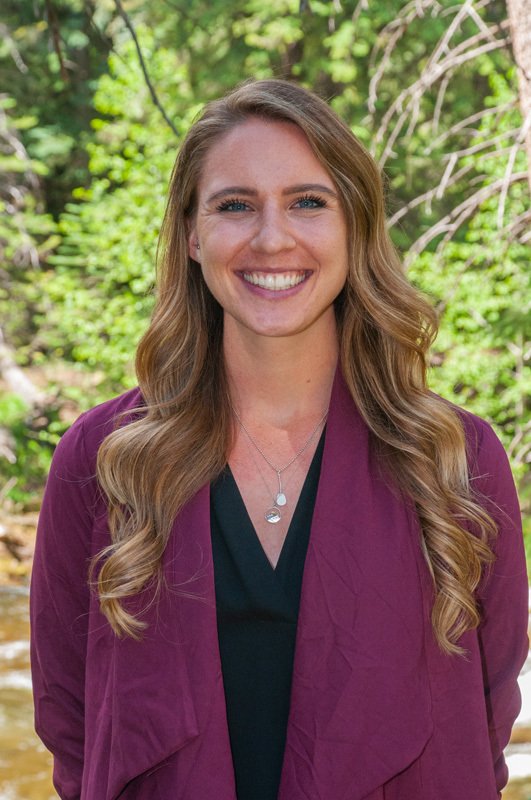 Meg is originally from Vista, California. She received her Bachelor's of Science in Kinesiology from California State University, San Marcos in 2015. She went on to obtain her Master's of Science in Athletic Training at Seton Hall University in 2017. During her time at Seton Hall she had her clinical rotations with the NY Red Bulls Academy, Union High School and Princeton University. She took a position at Columbia Orthopedics as a Physician Extender & Research Assistant in 2017 and also was a guest lecturer for Seton Hall University for the Fall of 2018 teaching Orthopedic Clinical Medicine & Imaging. In her free time, Meg enjoys crossfit, yoga, mountain biking and hiking. She looks forward working and learning under the exceptional physicians at The Steadman Clinic and improving her skiing and snowboarding skills. 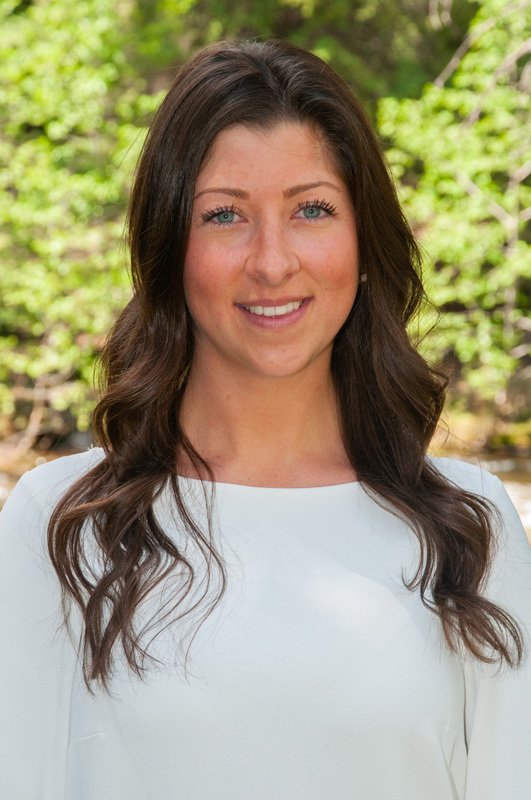 Natalie, originally from Bear, DE graduated from The University of Delaware with a Bachelor of Science in Athletic Training and a minor in Strength and Conditioning. While there she worked with several different sports teams including Football, Baseball, Lacrosse, and Ice Hockey. During her senior year she had an internship with the Philadelphia Flyers professional ice hockey team. After obtaining her Bachelor’s degree, Natalie accepted a Graduate Assistant Athletic Training position at Ohio University in Athens. There, she obtained her Master’s degree in Athletic Training while working with the Bobcats' Softball team and serving as a preceptor and TA to undergraduate students. The past two years Natalie has enjoyed working at Lake Superior State University as Co-Head Athletic Trainer with the Men's Ice Hockey team, as well as, Men's and Women's Tennis and Golf. She's excited to spend a year in the Vail Valley where it will be almost as snowy and chilly as it was in Sault Sainte Marie, MI! In her free time Natalie loves hanging with friends and family at the beach, out on the boat, or doing pretty much anything outdoors. She is also an avid sports fan and looks forward to learning more about recreation in Colorado. 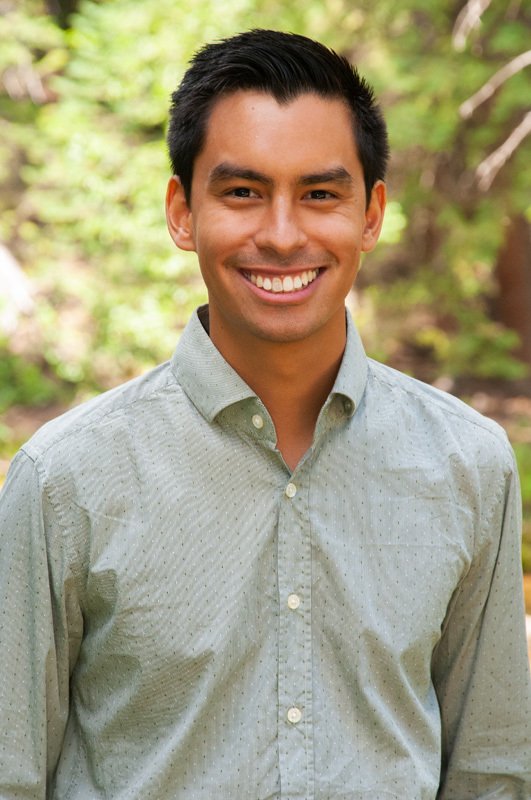 Rafa is originally from the Philippines. He earned his Bachelor of Science in Athletic Training at Boston University in 2017. While at BU, Rafa rotated among various clinical sites in Division I, Division III and High school athletics. After graduating from BU, Rafa pursued his Master of Science in Athletic Training from Old Dominion University, where he completed research on the use of patient report outcomes to predict the development of Chronic Ankle Instability following an ankle sprain, and published a Critically Appraised Topic on the diagnostic utility of the Lever sign test in the diagnosis of ACL tears. During his time at ODU, he was a graduate assistant athletic trainer at Christopher Newport University, where he was responsible for the care of men's and women's soccer, football and baseball teams. Rafa is excited to learn how to ski and looks forward to everything Vail has to offer!