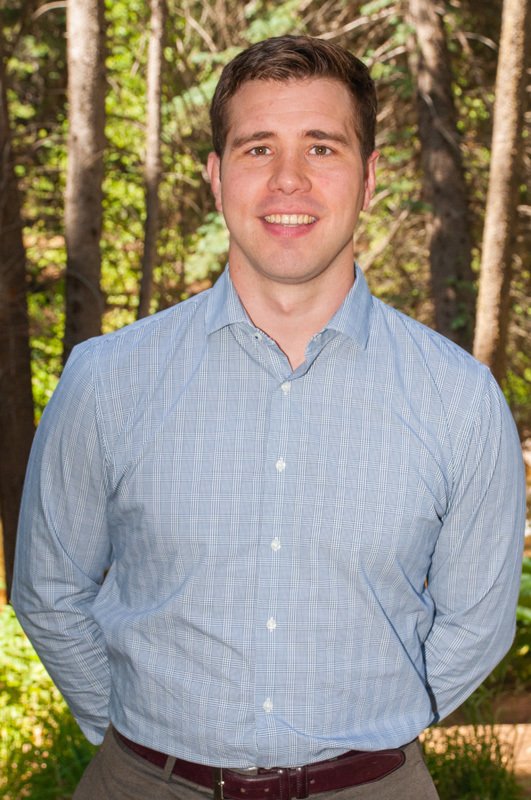 Born and raised in Versailles, Ohio, Dr. Bernholt completed his undergraduate education at Case Western Reserve University in Cleveland, Ohio where he was a varsity wrestler earning NCAA Academic All-American honors and graduated summa cum laude with a B.S. in biology and minors in chemistry, anthropology, philosophy, and history. He attended medical school at the Johns Hopkins University School of Medicine and continued to be involved with the sport of wrestling as an assistant coach for the Johns Hopkins University varsity wrestling team. Dr. Bernholt completed his orthopedic residency at Washington University in St. Louis. During residency, he was awarded the OREF Resident Clinician Scientist Training Grant as well as the Mid American Orthopaedic Association Multipurpose Resident Grant to fund his research studies. His research interests during residency included anatomy and reconstruction of the ulnar collateral ligament of the elbow, diagnosis and management of patellar instability, and outcomes following arthroscopic partial meniscectomy. 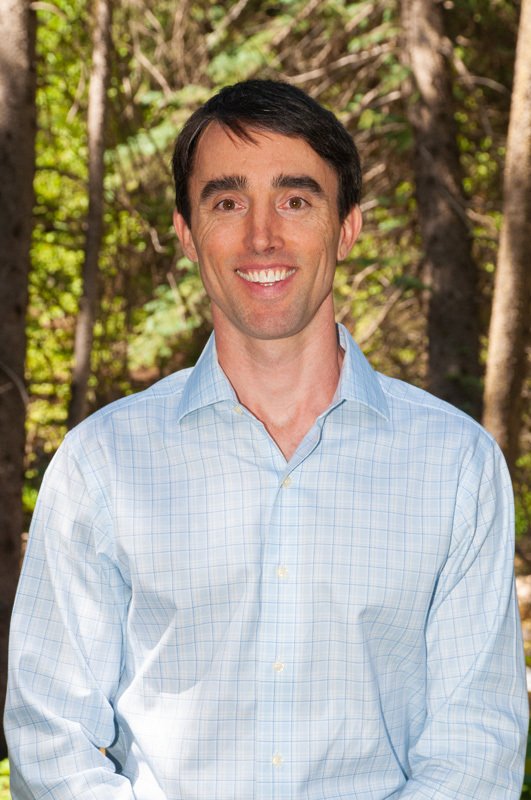 Matt was born and raised a Blue Devil fan in Durham, NC but later became a Tarheel, graduating Phi Beta Kappa with a B.S in biology from the University of North Carolina, Chapel Hill. While at UNC, Matt captained the men's soccer team and won an NCAA soccer championship. After college, he continued his soccer career, playing four years with the Colorado Rapids of Major League Soccer.

Matt then attended medical school at the University of California, San Francisco before returning to Durham to join the orthopedic surgery residency program at Duke. During residency, he provided physician coverage for Duke and North Carolina Central University football, basketball, and other athletic teams. His research interests at Duke included return to sport following ACL reconstruction and the biomechanics of ACL grafts. He also has enjoyed maintaining his soccer connection by serving on the MLS Injury Study Group.

Dr. Crawford will be moving to Vail with his wife, Julie, who is a Denver native and also a physician, and their 10-month old son, Luke. They look forward to returning to Colorado and spending the year taking advantage of all the outdoor opportunities in the Vail Valley.

Born in Albuquerque, New Mexico, Dr. Dekker graduated with distinction from the United States Air Force Academy, Colorado, with a B.S. in Biochemistry. In college, he started at Tight End for four years for the Fighting Falcons helping lead them to two bowl games throughout the course of his collegiate career. After college, he attended Georgetown University School of Medicine where he discovered his passion for orthopaedics.

Dr. Dekker completed his residency at Duke University in Durham, North Carolina, where he was selected for the Feagin Leadership Development Program as he was identified as an emerging leader. While at the Duke University, he played an integral role in resident recruitment, development and education while also becoming a resident representative for the department of orthopedics for the hospital. He provided physician coverage for the varsity Hillside football team, the NCCU Eagles (football and basketball), as well as providing coverage for the Duke wrestling, basketball, lacrosse and football teams. His research interests while in residency included cartilage repair and replacement, proximal biceps pathology, sports foot and ankle, and anterior cruciate ligament injuries, which were presented at both regional and national level meetings.

Dr. Dekker's interests outside of medicine include golfing, fly fishing, downhill skiing, mountain biking, and hiking. He, his wife Katy, their daughter Ruth, and their two labs (Moose and Honey), are very excited to move to Vail for the world class training and mentorship as well as the countless outdoor opportunities that Colorado has to offer. 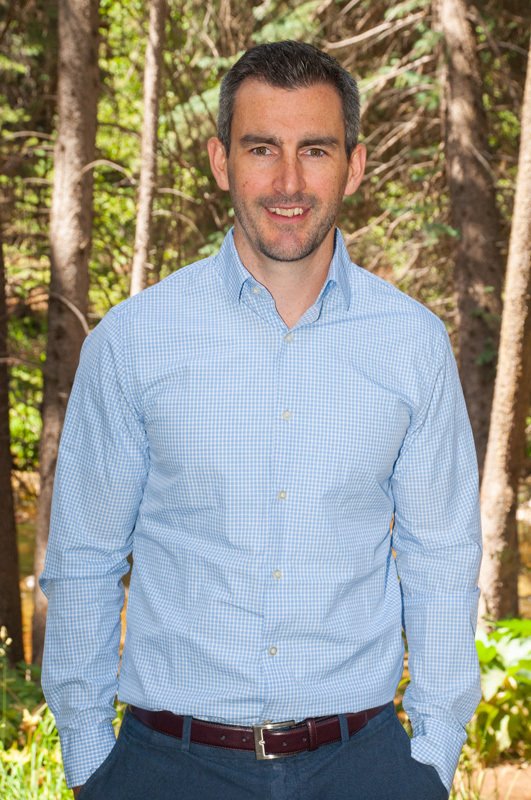 Dr. Grantham graduated from Columbia University College of Physicians and Surgeons in New York City. He then moved south to Nashville, TN where he completed his orthopaedic surgery residency at Vanderbilt University Medical Center. During residency, he coached youth baseball and was the team physician for the East Nashville High School football team. His research interests include the throwing shoulder and upper extremity trauma.

He has moved to Vail with his wife, Morgan. They look forward to enjoying all of the outdoor activities Vail has to offer. Outside of the hospital, Jeff enjoys running, snowboarding, and watching movies with Morgan.

Originally from Northeast Pennsylvania, Dr. Samuelsen graduated from Union College in Schenectady, NY with a B.S. in Biology and a minor in Economics. In college, he was a four year member of the men’s varsity crew team. After college, he earned a Masters of Business Administration with a focus on healthcare management at Union University, and subsequently worked for two years as a Health Systems Specialist at the Albany VA Medical Center. He attended Temple University School of Medicine in Philadelphia, Pennsylvania, where he graduated with honors while discovering his interest in orthopaedics.

Dr. Samuelsen completed his residency at the Mayo Clinic in Rochester, Minnesota where he was also chosen as an American Orthopaedic Association (AOA) resident leader and emerging leader. While at the Mayo Clinic, he provided physician coverage for the John Marshall high school football team, the Rochester Ice Hawks junior league hockey team, and assisted with both Minnesota Timberwolves and Minnesota Twins coverage. His research interests at the Mayo Clinic included anterior cruciate ligament injuries, meniscus repair, and shoulder arthroplasty. This research has been presented both nationally and internationally.

Dr. Samuelsen's interests outside of medicine include downhill skiing, biking, golfing, and traveling. He and his wife, Pauline, are very excited to move to the Vail Valley and take advantage of all the area has to offer with their two young boys, Owen and Miles, and weimaraner, Bean. 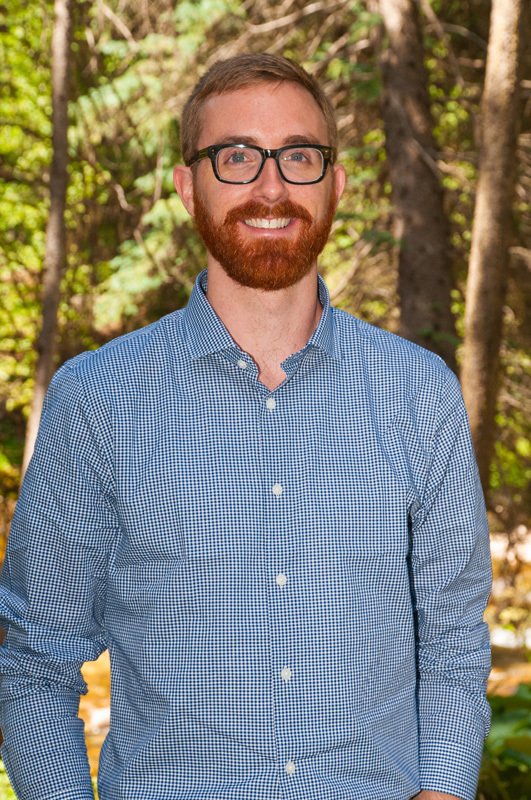 Dr. Schairer was born in Palo Alto, California. He completed his undergraduate education at the University of California Berkeley where he majored in biology with additional study in physics and engineering.

Dr. Schairer graduated from the University of California San Francisco Medical School. During medical school he spent an additional year in the Clinical and Translational Research Program while performing clinical outcomes research in sports, spine, and joint replacement.

After medical school, Dr. Schairer completed his Orthopedic Surgery residency at the Hospital for Special Surgery in New York. During residency he published a number of research papers on clinical outcomes and cost-analyses in numerous areas of orthopedics. He also provided physician team coverage for the New York Public School Athletic League football teams.

Dr. Schairer will be moving to Vail with dog Maddie and they look forward to exploring the Vail Valley. Outside of medicine, Will enjoys running, cycling, playing basketball, and skiing. 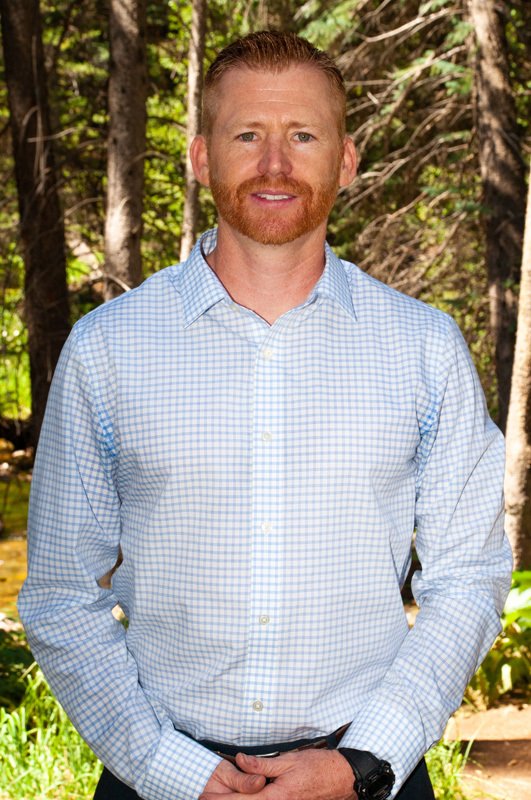 Chris was born and raised in the east valley of Phoenix, Arizona. After high school Chris enlisted in the United States Army Infantry. By the end of his 4-year enlistment he had made the rank of sergeant and had been deployed to both Afghanistan and Iraq. While deployed, he had the opportunity to serve on a sniper team as well as a reconnaissance team. Although he was an enlisted infantryman, he was selected to go to Emergency Medical Technician school where he discovered his interest in medicine. After his time in the Army, Chris attended Arizona State University where he graduated Magna Cum Laude and went on to Medical School at the University of Arizona College of Medicine in Tucson. He was fortunate enough to obtain a residency position in the department of orthopedic surgery at UT Health San Antonio. At the UT Health science center, he participated in medical missions to Haiti and Mexico with Dr. Kaye Wilkins. Chris has participated in numerous studies at UT Health San Antonio to include cadaver studies and resident microsurgical training. Chris assisted with implementing a bio skills curriculum that the current intern class continues to utilize. The highlight of his residency was working with Dr. Galindo who inspired him to pursue a career in foot/ankle surgery. During all of his travels and adventures, his wife Shelby has been there to support him. Shelby and their two boys Braydon and Vander will travel to Vail with Chris. 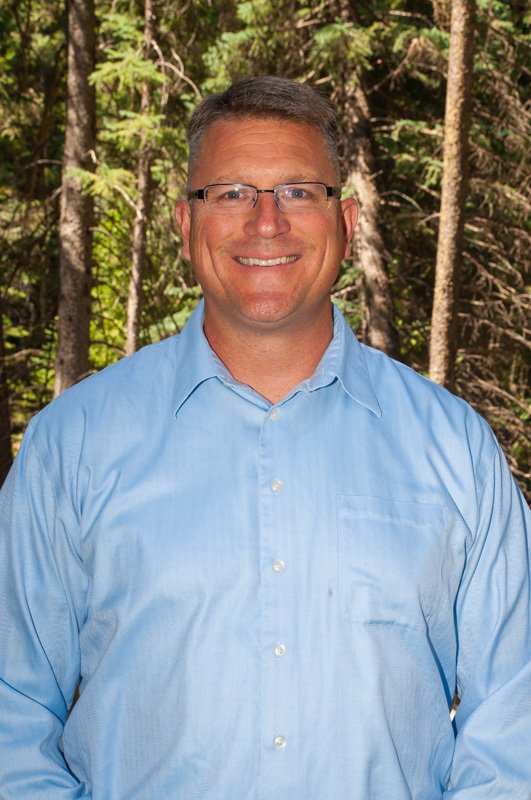 Erik V. Nott, MD. Originally from Kansas, Dr. Nott graduated from Friends University with a BS in Biology and a minor in Chemistry. During his time at Friends University, he was a two- year starter for the Men’s Basketball team. He then attended the University of Kansas School of Medicine, graduating in 2002. He completed his Orthopedic Surgery Residency at the University of Texas Health Science Center at San Antonio in 2007. Since completing residency, he has served a variety of assignments in the United States Air Force.

His most recent assignment was at the United States Air Force Academy where he served as the Team Physician for the USAFA Prep School as well as Chief of Orthopedic Surgery and Chief of Surgery.

His interests outside of medicine include playing and watching basketball, volleyball, golfing, hiking, and traveling. 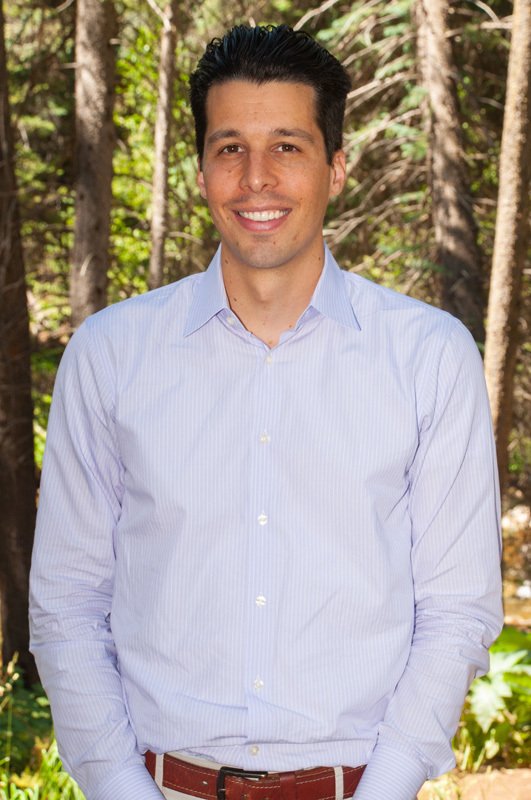 Originally from San Diego, California, Dimitri Delagrammaticas graduated from Cal Poly, San Luis Obispo, where he completed the blended degree program, receiving dual conferment of Bachelor’s and Master’s Degrees in Biomedical Engineering. After college, he worked as an engineer in the medical device industry before attending medical school at Georgetown University School of Medicine in Washington, D.C., developing his interest in orthopaedics.

Dr. Delagrammaticas completed his residency at Northwestern University in Chicago, Illinois. During his time at Northwestern, he participated in international work with the AOfoundation as well as Operation Walk organizations. He additionally worked to improve the resident experience while at Northwestern and was chosen to be Administrative Chief Resident. His research includes publications on clinical outcomes as well as radiographic assessment in total hip and knee arthroplasty.

Dr. Delagrammaticas’ interests outside of medicine include cycling, auto racing, surfing, and skiing. He and his wife, Kristin, are very excited to move to the Vail Valley and take advantage of all the area has to offer with their two children, Zoie and Milo. 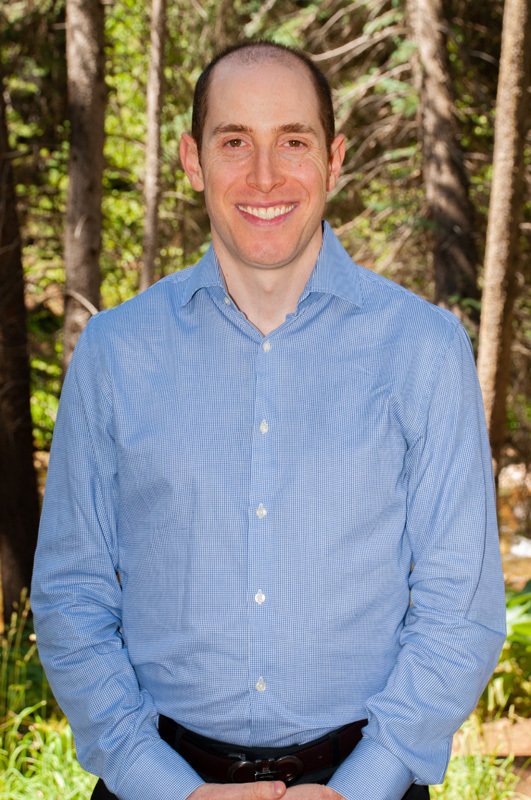 Originally from Long Island, New York, Josh Rozell attended Emory University as an undergraduate with a focus in neuroscience and French. He also led the student-run Emergency Medical Services Unit. He then attended the Drexel University College of Medicine where he graduated AOA and as a Humanities Scholar. Following medical school, he completed his orthopaedic surgery residency at the University of Pennsylvania, where he was selected as Administrative Chief Resident and awarded the Marvin E. Steinberg Award in arthroplasty and the DeForest Willard Award for performance as a senior resident. As chief resident, he spearheaded the creation of a resident-based surgical video library to improve resident education and helped institute the Wharton Leadership Program for Penn orthopaedic residents. He has multiple publications in arthroplasty outcomes and was awarded the James Rand Award and the health policy poster award at AAHKS.

Outside of medicine, Josh enjoys biking, exercising, cooking and baking, and spending time with his wife Amanda and two year old daughter Charlotte.