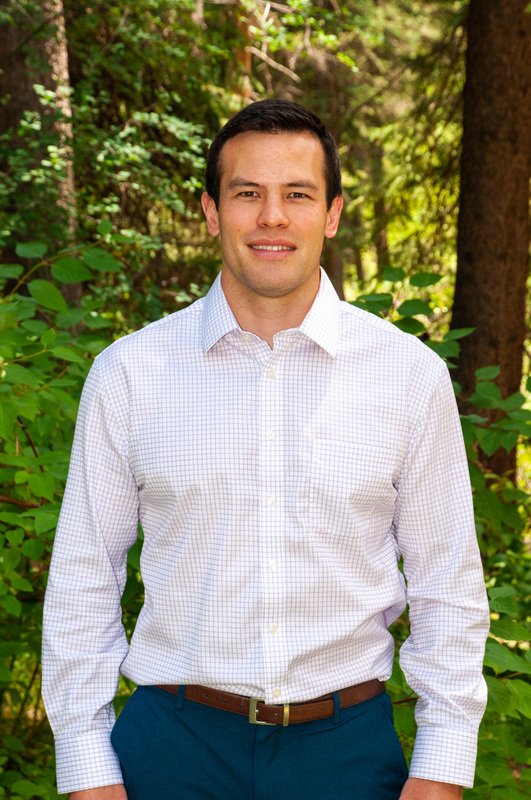 Born and raised in Forest City, North Carolina, Dr. Casp completed his undergraduate education at Princeton University. He was an NCAA Division I wrestler for the Tigers andgraduated with a degree in Economics. After a short stint in finance, he attended medical school at the University of North Carolina, where he coached the club wrestling team. He was awarded a NIH grant for his research efforts during medical school.

Dr. Casp completed his orthopaedic surgery residency at the University of Virginia. During residency, he had the pleasure of caring for the NCAA Championship basketball team and UVA Athletics, as well as providing team coverage for several local high school athletics teams. Dr. Casp acted as Administrative Chief Resident during his final year of residency and was chosen as an American Orthopaedic Association resident leader. He published numerous peer reviewed articles during residency and his research has been presented at both national and international meetings. His research interests include health economics, policy impacts on orthopaedics, and optimizing outcomes in shoulder arthroplasty and ACL reconstruction. He is excited to move to Vail with his wife, Molly, and their two young sons. They look forward to exploring all the outdoor experiences Vail has to offer and chasing after toddlers at altitude. Dr. Casp’s interests outside of medicine include physical training, trivia, snowboarding, golf, and woodworking. 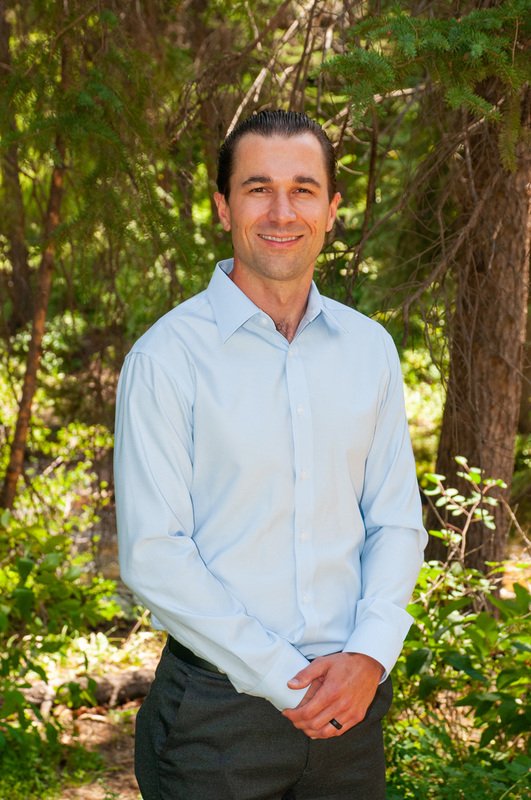 Justin was born and raised in a small-townwest of Chicago called Oglesby, IL. He lived there all through high school and was a 3-sport varsity athlete at St. Bede Academy.  He received his undergraduate education at Illinois Wesleyan University where he received a bachelor's degree in Chemistry, magna cum laude. He was very active in organic chemistry research there, including publishing multiple papers that focused on utilizing green chemistry for pharmaceutical developments. He would go on to attend medical school at The Chicago Medical School at Rosalind Franklin University where he was selected to the Gold Humanism in Medicine Honor Society. He joined the United States Army and completed orthopedic surgical residency training at Tripler Army Medical Center in Honolulu, HI. During his time in residency, he concurrently completed a master's degree in healthcare administration and management. He participated in care for the Army, Air Force, Navy, Marines, and Coast Guard service members, and was active in research across all sub-specialties of orthopedics. After residency, Justin served as an active duty orthopedic surgeon at Blanchfield Army Community Hospital, Fort Campbell, KY.  He is certified by the American Board of Orthopedic Surgery, has published multiple orthopedic research papers, and has presented his research at national and international meetings. While at Fort Campbell, he was involved in the care of soldiers and families of the 101st Airborne Division, and specifically served as head team orthopedic surgeon for both the 5th Special Forces Group and the 160th Special Operation Aviation Regiment (SOAR). He deployed to Syria in 2018/2019 during Operation Inherent Resolve with a surgical team under the direction of the Special Operations Joint TaskForce, caring for special operations service members and civilians, as well as local nationals and Syrian Democratic Forces.

Justin will be joined in Vail by his wife, Christine; his daughter, Arden; and their two dogs. Justin and Christine are also excited to welcome their new baby daughter in the fall of 2020. He and his wife are both avid snowboarders and cannot wait to introduce their growing family to snowboarding and the other mountain activities that Vail has to offer. 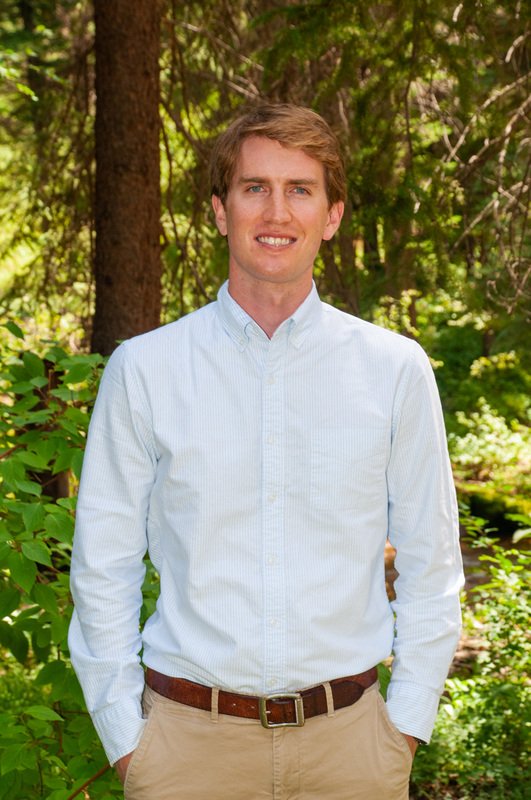 Jordan was born in New Haven, CT and has lived in the northeastern United States his whole life. He attended Amherst College in Massachusetts where he played varsity lacrosse and graduated with a B.A. in Chemistry. After college, he moved to Philadelphia, PA where he was a research fellow at The Rothman Orthopaedic Institute focusing on orthopaedic spine surgery. Jordan then moved back home to Connecticut to attend Yale University School of Medicine.

Jordan completed his orthopaedic surgery residency at the Hospital for Special Surgery in New York where he found a passion for sports medicine. He was the lead team physician for Lafayette high school football, and his research creating an animal model for ulnarcollateral ligament injury received grant support from the Orthopedic Research and Education Foundation (OREF) and Major League Baseball.

Jordan is moving to Vail with his wife Kate and dog Willa and is excited to be fulfilling a life-long dream of living in Colorado. Outside of work Jordan enjoys skiing, golfing, and hiking. 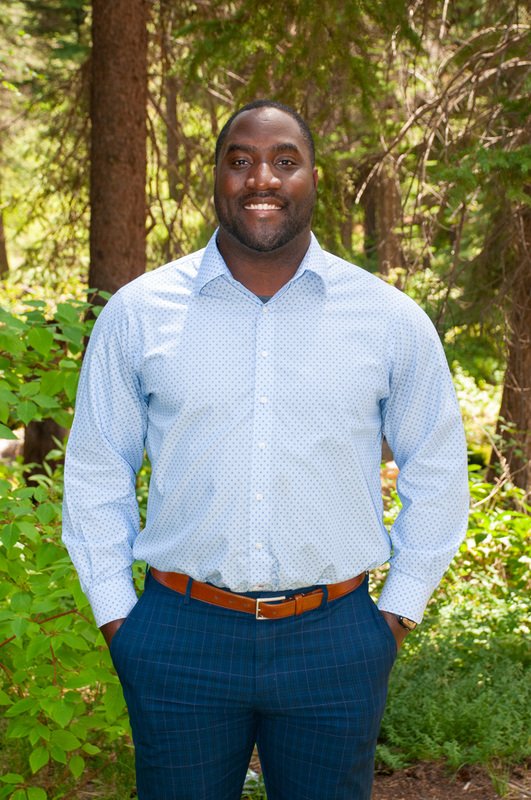 Dr. Johnson was born and raised in a small town located in Northeast Alabama (Anniston). After completing high school,he attended the University of Arkansas, Fayetteville, and Eastern Illinois University where he played both linebacker and defensive end for both universities. He was an all-conference defensive end at Eastern Illinois and graduated receiving his bachelors in Biological Sciences with honors. Dr. Johnson matriculated into medical school at Georgetown University where he discovered his interest into the amazing field of orthopaedic surgery. His journey continued to New Orleans where he completed his orthopaedic surgical training at Tulane University.

His time at Tulane included physician coverage for the Tulane University's football and basketball teams, The New Orleans Bowl, and numerous local high schools. Dr. Johnson participated in the Tulane's Institute of Sports Medicine citywide clearance physicals program serving several hundred local students, yearly.  Dr. Johnson was the runner-up for intern of the year at University Medical Center, New Orleans only level-1 trauma center, and he was chosen as an American Orthopaedic Association (AOA) resident leader and emerging leader as a chief resident.

Outside from medicine, Dr. Johnson's interest includes hiking, biking, fishing, skiing, grilling and spending time with his wife, Emily. Their 2-year old Aussie mix, Manu, will be joining them in Vail. They are looking forward to the world class training and mentorship at SPRI. 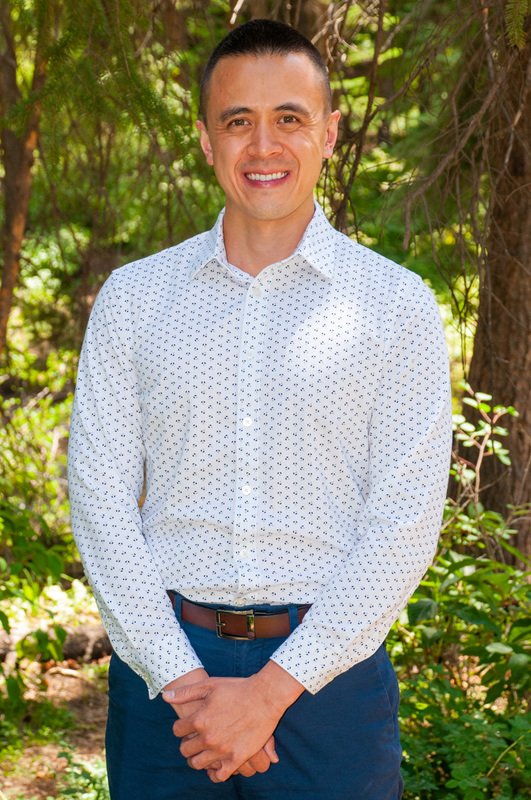 Born and raised on the South Side of Chicago, Dr. Lee found his passion for sports loving the Bulls, Bears, Blackhawks, and White Sox. He tolerated the Cubs. He completed his undergraduate degree in biology and chemistry at the University of Illinois at Urbana-Champaign before heading to New York City to gain a Master of Public Healthat Columbia University. At the same time, he worked with the NYC Department of Health to achieve a better understanding of the healthcare system as a whole.

Dr. Lee returned to Chicago for medical school at the University of Illinois College of Medicine, accomplishing an additional year of Sports Medicine research at Rush University studying hip arthroscopy and femoroacetabular impingement. He went on to complete his Orthopaedic Surgery Residency at the University of Michigan, providing team coverage for the several NCAA Division I sports programs, including the University of Michigan football and basketball teams, the Eastern Michigan University football team, as well as several local high school teams. Simon has been extensively involved in Sports Medicine research throughout his training and has presented this work both nationally and internationally. His interests during residency included the athletes' hip, cartilage restoration, and complex joint preservation.

Dr. Lee is an avid snowboarder and is excited to take on Vail Mountain, as well as exploring all of the other activities the area has to offer. He is thrilled with the amazing opportunity to experience the world-class training and mentorship offered at The Steadman Clinic and Steadman Philippon Research Instituteand cannot wait to get started. 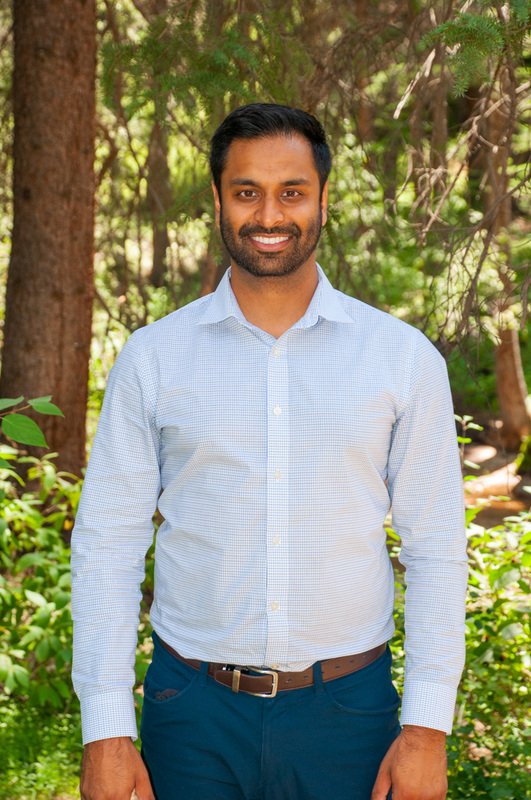 Ravi Patel, MD was born in Long Island, NY and raised in the Chicago suburbs where he grew up a die-hard fan of the Chicago Bears. He graduated from the University of Michigan with B.S. in Microbiology and a minor in Evolutionary Anthropology. No stranger to the wilderness, he spent a summer during his undergraduate years in Crested Butte, Colorado at the remote Rocky Mountain Biological Laboratory, studying the epidemiology and prevalence of malaria in mountain sparrows.

He returned to Chicago to attend medical school at Rush University where he continued his academic pursuits through cadaveric research in Department of Orthopedics. At Rush, he was awarded the Dean’s Scholarship to conduct research examining shoulder biomechanics after surgery for instability. Dr. Patel went on to complete his orthopedic surgical residency at Henry Ford Health System in Detroit, Michigan. At Henry Ford, he developed a strong passion for the care of athletes by providing physician coverage for various Detroit-area high schools, Wayne State University and the Detroit Pistons. His research interests have included examining radiographic risk factors for ACL tears and meniscal injuries, studying outcomes after shoulder replacements in young patients and developing optimal post-operative pain protocols.

Outside of medicine, Dr. Patel has a strong passion for photography, travel, golf, mountain biking, hiking and skiing. He is eager to spend the next year taking care of active individuals and elite athletes while exploring all that the mountains have to offer in the Vail Valley. 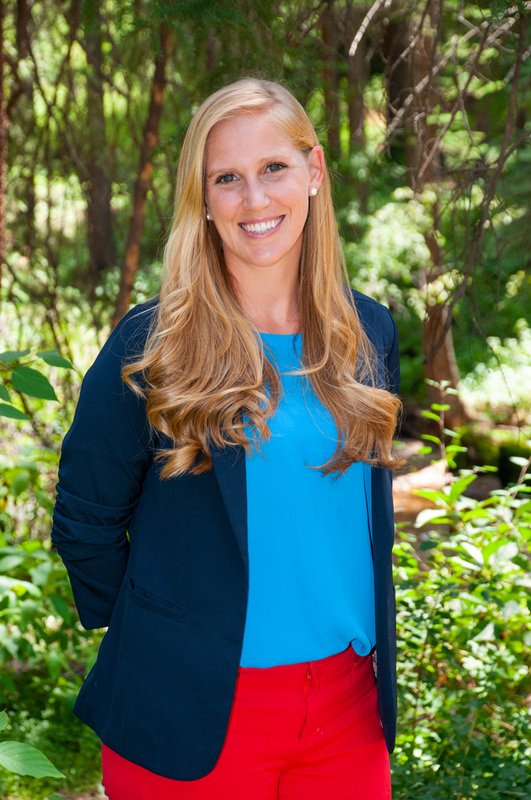 Born and raised in Gainesville, FL, Dr. Pearce then competed in the Big East as a part of the University of South Florida's Women's Soccer before transferring back home to the University of Florida, graduating magna cum laude with her BS in Human Nutrition with a concentration in Sports Medicine. There she earned the college's highest award: The J. Wayne Reitz Medal of Excellence Most Outstanding Senior Award. She continued her training at the University of South Alabama for both medical school and Orthopaedic Surgery Residency and earned the Academic Achievement Award. During Residency, Dr. Pearce expanded her leadership and involvement in the American Academy of Orthopaedic Surgeons (AAOS) and Ruth Jackson Orthopaedic Society (RJOS) serving as Chair of the Resident Assembly Education Committee and on the RJOS Professional Development Committee. Those endeavors expanded this past year, serving as Vice Chair of the Resident Assembly Executive Committee and becoming the first trainee to sit as Co-Chair for the RJOS Annual Meeting.

Dr. Pearce spent this past year at Children's Hospital Colorado completing her Pediatric Orthopaedic Fellowship. Her research and clinical interests include pediatric sports medicine and pediatric hand and limb deformities with focuses on new surgical techniques and outcomes, as well as motion analyses evaluating para-athletes and able-bodied athletes in their return to sport, as well as prevention of injuries. She is excited to join The Steadman Clinic for word-class training in Sports Medicine, academic pursuits, and Olympic and Paralympic involvement.

Dr. Pearce's interests outside of medicine include snowboarding, surfing, skimming, paddle-boarding, hiking, soccer, volleyball, and most importantly spending time with her husband, Justin, and their 2-year-old son. The Pearce family is looking forward to exploring all the Vail Valley has to offer. 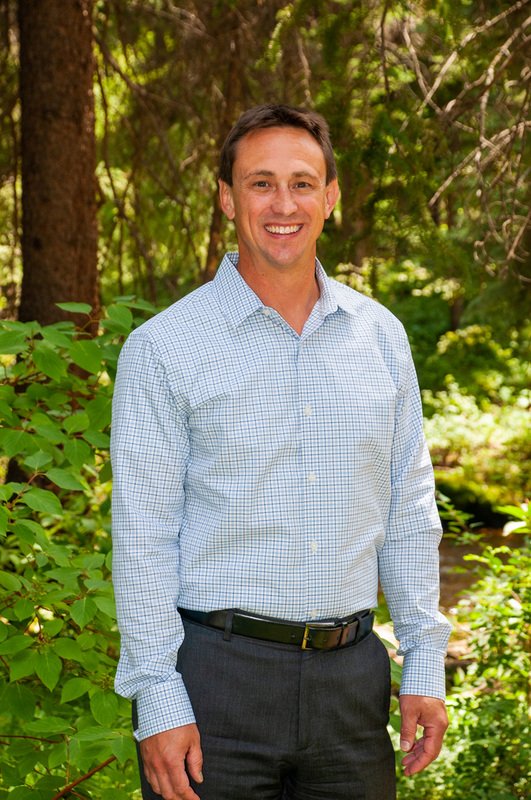 Originally from Yorba Linda, California, Dr. Waltz attended the US Naval Academy graduating with distinction with a degree in Systems Engineering where he rowed lightweight crew for 2 years. He attended medical school at the Uniformed Services University. After completing a surgical internship, he served as a Naval Flight Surgeon with Marine Light Attack Helicopter Squadron HMLA-169 deploying to Iraq supporting ground and aerial combat operations.He completed his orthopaedic residency at Naval Medical Center San Diego where he was selected as resident representative to the California Orthopaedic Association and the AOA resident leadership forum.

Bob and his wife Alexa, who was a former Army Veterinarian, are very excited to be moving to Vail along with their three children, Eli, Alec, and Ivy.  They look forward to mountain biking, hiking, camping, and of course skiing while in Vail. 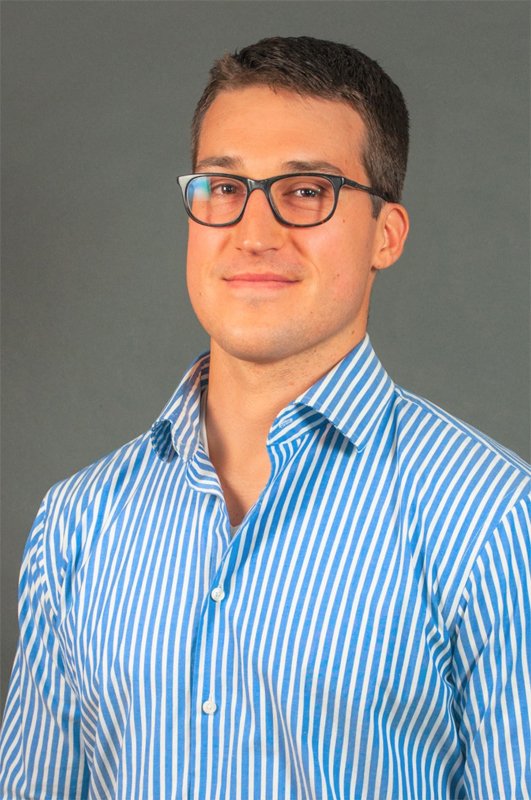 Joe was born in Scranton, Pennsylvania and lived in Northeastern Pennsylvania through high school. He attended college at the University of Pennsylvania where he competed for 4 years on the men’s varsity track and field team primarily as a javelin thrower. He graduated summa cum laude with a B.A. in Biology in 2010 and was elected into the school’s chapter of the Phi Beta Kappa Honor Society. He stayed at the University of Pennsylvania for medical school where he graduated in 2014 as a member of the Alpha Omega Alpha Honor Society. Following medical school, Joe moved to Manhattan to complete his Orthopaedic Surgery Residency at the Hospital for Special Surgery.